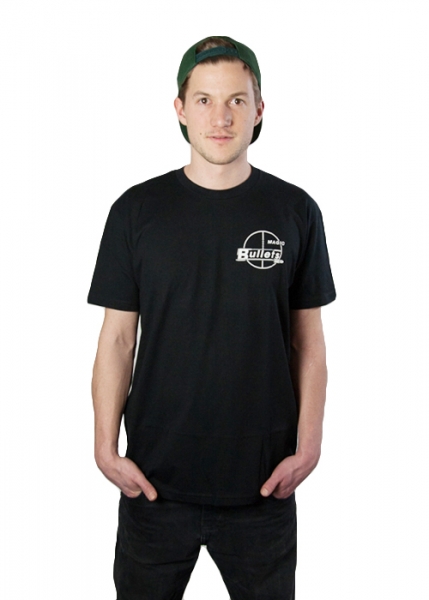 Ähnliche Artikel:
Beschreibung Bewertungen 0
Beschreibung
Introducing the all new tee from Theories, the 'Magic Bullet'. Available in a white tee with navy... mehr
Menü schließen
Produktinformationen "Theorie of Atlantis Tee magic Bullet navy"
Introducing the all new tee from Theories, the 'Magic Bullet'. Available in a white tee with navy and red ink as well as a black tee with navy and white ink.After President John F. Kennedy was assassinated on November 22nd, 1963 a government investigatory panel was formed to calm the public outcry for an investigation. Earl Warren, the man hired to head the investigation, was the former chief justice of the supreme court. Former, because he had actually been FIRED by Kennedy before the assassination. Very strange that this man would be hired to head the investigation into Kennedy's murder. As the investigation proceeded it became very apparent that there was a mountain of evidence suggesting that there had been another shooter firing from the front of Kennedy, positioned in what became known as the 'grassy knoll' area. But the government panel, which came to be known as The Warren Commission, named after Earl Warren, was adamant that there Lee Harvey Oswald could've been the only shooter and that he acted alone. So they ignored the countless witnesses who claimed they saw smoke come from the grassy knoll, witnesses who claimed they saw a flash of light like gunfire coming from the grassy knoll, and the blatant backwards kick that the final shot blew to Kennedy's head as seen in the Zapruder film, shot by a bystander, Abraham Zapruder as the grissly murder took place. If the Warren Commission's theory was to add up, they had to prove that 1 single bullet fired by Oswald managed to inflict a total of 7 wounds in both Kennedy and governor John Connaly. An impossible feat yet they attempted to draw up a bizarre schematic diagram that could explain it all. This theory, proposed by a young Senator on the Warren Commission panel named Arlen Specter, has become known as the 'Magic Bullet Theory'. Because the theory was so preposterous that it would have required the bullet to stop in mid air, zig zag, smash through multiple bones of two different men and then magically appear on a stretcher in the hospital Kennedy's body was taken to where it was found in almost pristine condition. The 'Magic Bullet Theory' is one of the most incredible preposterous lies ever told to the American people. Not only because of how absurd the proposal is that 1 bullet could behave in such a supernatural manner, but because of the implications of what such a lie actually meant. It meant that this supposedly impartial commission employed with investigating the murder of the president was going well out of it's way to hide the truth of what happened that day.This t-shirt graphic attempts to re-spark this dialogue and remind people of the incredible lie that somehow was accepted by the American public.The breast logo features a similar design to the Washington DC basketball team The "Bullets" but has been tweaked to reflect the theory of the Magic Bullet. Amazing.Available in either a black tee or a white version as well.
Weiterführende Links zu "Theorie of Atlantis Tee magic Bullet navy"
Kunden kauften auch Kunden haben sich ebenfalls angesehen
Ähnliche Artikel
FALLEN Rise With Tee BLACK
diverse Größen
Preise erst nach Registration.
FALLEN Trooper Tee BLACK
diverse Größen
Preise erst nach Registration.
FALLEN Insignia Pocket Tee BLACK
diverse Größen
Preise erst nach Registration.
Kunden kauften auch
Kunden haben sich ebenfalls angesehen